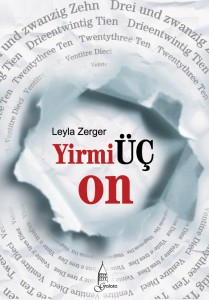 Elif Seba is obsessed by numbers and cleanliness, she also knows herself as an English Teacher. When she realizes she is participating in a bizarre game which is played by her closest people, such as her roommate, father and brother, Elif understands the reality is different than what it seems.

Elif is not an ordinary person. She is a genetic engineer beyond that she is a genius. While Elif is finding more about herself her life is gets even more complicated, she is followed by people who she does not recognize. Now, as well as coping with her obsessions Elif is trying to find out who she really is?

The book reaches its peak, when Elif faces with strange incidents in Istanbul, and followed by Lisbon and Paris, she falls into a deep and complicated situation.

Elif invented a revolutionary drug for Alzheimer patients. However, this formula is different than the average drugs that have been used for this illness, because of its incredible effects on human mind, three religious groups wants this formula to reach their targets. Their aim is to create new generations under their control. Elif erased her memory and created a new identity to prevent this danger. Only, this process was not successful enough, because Elif end up with hallucinations and unstable emotions.

2310 emphasizes on religious fanatics. No matter what the purpose is, these people are very much like in their nature and this creates destroying effects on humanity.

Being in the right hands, invention of this formula could be the salvation of millions wh 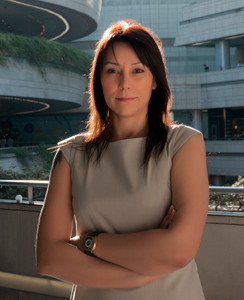 o suffers from Alzheimer. However, power for hunger, priority and controlling the dynamite of the new generation, can bring a new perspective to all, this manipulative behavior can be explained by the rules and harsh nature of fanatism.

End of the book, reveals that our lives stuck in between the thin line of good and evil, and our apparent trusting comfort zones could be very fragile.

The readers have to postpone their judgment about the justness and the truth for the next 23.10.